Hello, readers. Today is Tuesday October 20th. This is the first post of 10 that will document the process I go through for turning an idea into an app. In this post I will be combining all of my notes and thoughts leading up to this project.

I have a couple goals that I wish to accomplish with this project. First I want to solve a proble. Second, I want to see if I can build something quickly. Finally, I want to document my effort in a way that other people can benefit.

I plan to cover as much as I can by journaling each day. The writing style will switch between journal and narrative depending on the amount of time I have.

I have broken out the next 10 days into 10-12 stages. Because of the nonlinear nature of the creative process some stages will be revisited several times.

Outline, bold items are being addressed in this post:

The problem I wish to solve is one that new parents face: finding a good picture book to read to your kids. There are many books out there written for kids. I don't know about you, but I'm tired of the classics. Just because it's a classic doesn't mean it's good. What about new and upcoming authors?

I recently wrote about how children's books are designed to visually appeal to children. My idea is that I can build on this natural behavior.

How does one solve the problem of finding a new book to read?

There are several possible solutions to this problem.

Of these three possible solutions, the one that seems simple and interesting to me is the middle one "a visual way to explore and find new books".

Expanding on the Idea

What creative ways could I build an application that lets kids explore and find new books on their own?

4 riffs on the concept:

I have learned many lessons for building for mobile:

There are a small list of core features I think an application aimed at children should have:

For each idea I have sketched out some possible screens, words/names that I could associate to the project. 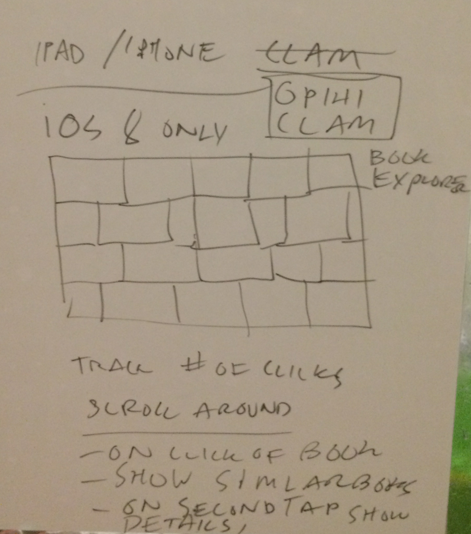 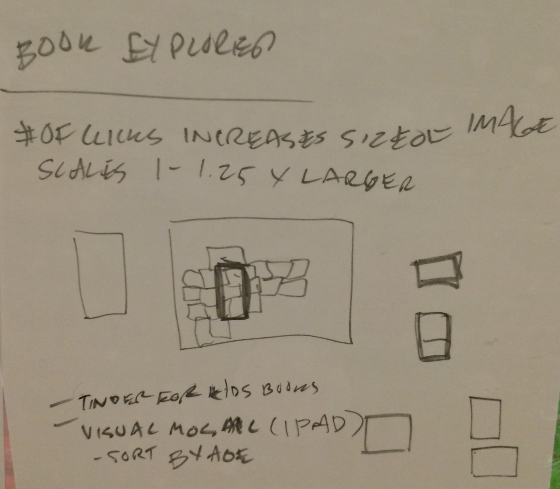 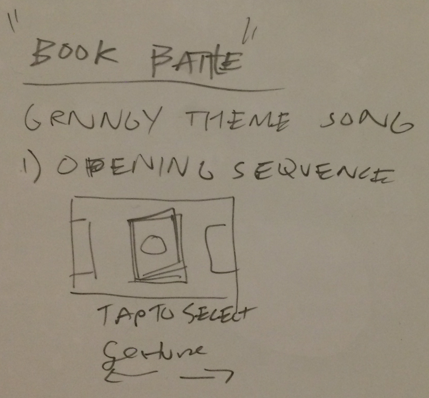 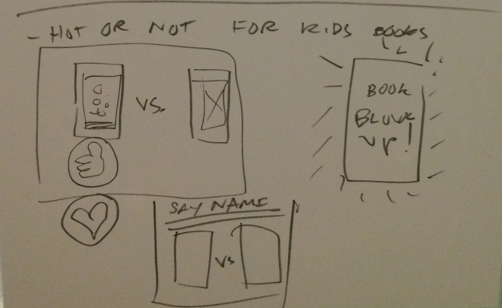 I previously wrote about animating sketch3 designs. Complex scenes can be hard to animate...

I also sketched out potential sound effects. I want this app to feel interactive.

I realized later that the cyclops bookworm might be hard to animate. Instead I tried to think up a different character. 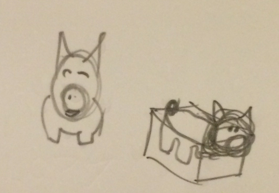 I thought about how the process of finding a new book is like being on a hunt. I then thought about hunting for truffles. That is when I had the idea for a tiny truffle finding piglet could be the character guide and mascot.

I figure if I kept the character small then I could avoid having to do lots of animations.

Meet "Truffle" the friendly little piglet that will help your kids find the next great book to read!

In the next post I will present a clickable prototype, built in Keynotopia.