After seeing this image shared on twitter by Urban Compass I realized that the data was inaccurate. I was also curious how Hawaii and San Francisco compared to some of the most expensive cities in the world.

I opened up photoshop and got to work. 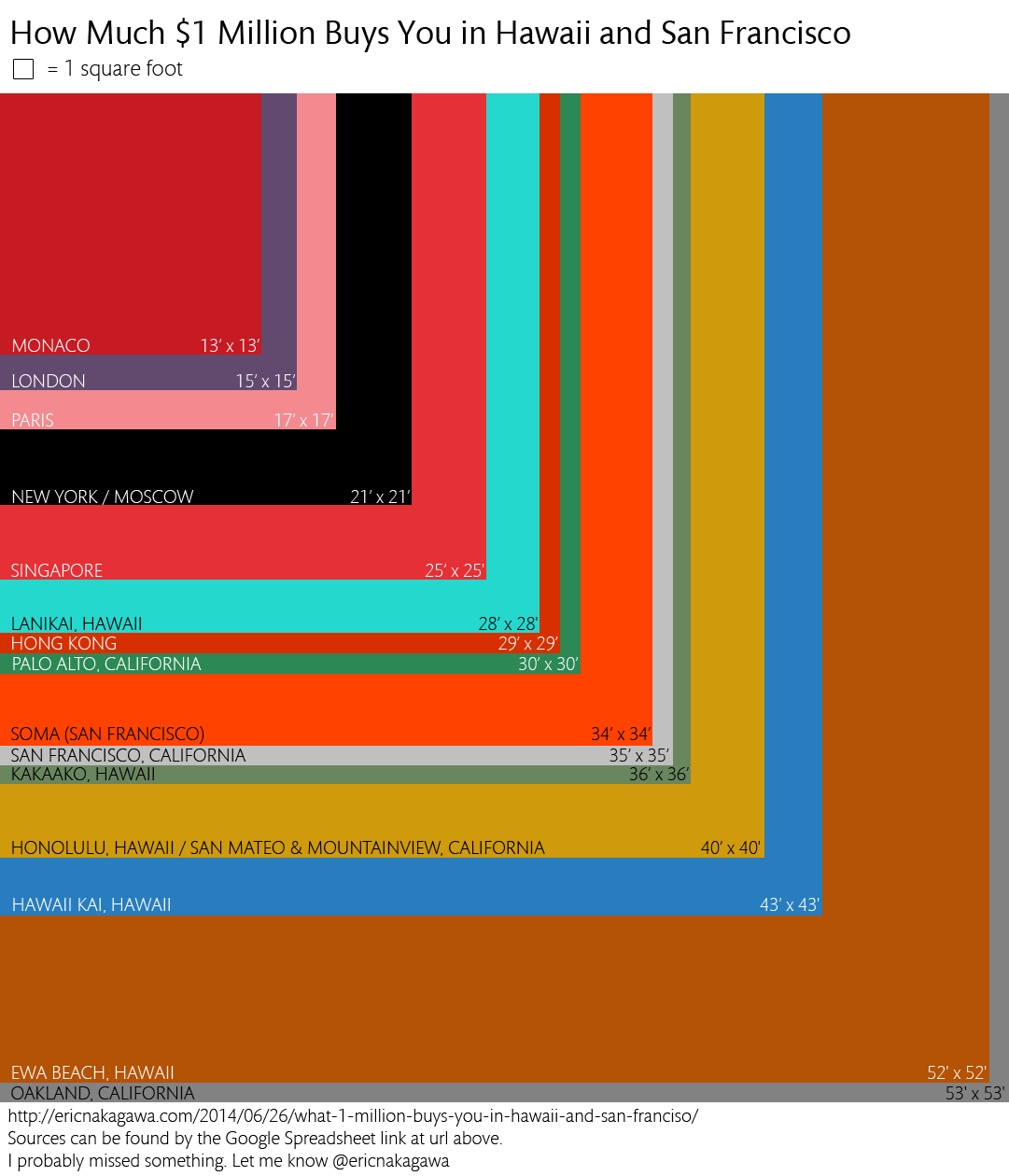 I did some searches and found the cost of real estate per square foot, performed a simple math calculation, and then redrew them on the image provided.

Here is a link to the same graph with Omaha Nebraska included.

Here is a link to a Google Spreadsheet with my calculations and references.

Here is a link to the Photoshop files for adapting, or reuse.

How Much $1 Million Buys You In Hawaii and San Francisco by Eric Nakagawa is licensed under a Creative Commons Attribution-ShareAlike 4.0 International License.
Based on a work at http://ericnakagawa.com/2014/06/26/what-1-million-buys-you-in-hawaii-and-san-franciso/.